And in celebration of all things listening came the annual challenge of selecting 10 favourite songs to vote for in the annual Triple J Hottest 100 countdown. Admittedly, the contribution of my votes to the 100 most popular songs was nothing short of dismal this year, with a mere two songs from my votes making their way into the countdown. But I stand by my votes wholeheartedly because I like them, particularly after the usual agony of getting the first cut of songs down to the ten. So here they are….

At #1 on my list (and proudly at #76 in the countdown!) was Suddenly by British India, being the track that was played on endless repeats throughout the year.

And the remaining nine votes made, in no particular order other than forming a decent little playlist:

The Love Within – Bloc Party

You Cannot Call for Love Like a Dog – Holy Holy 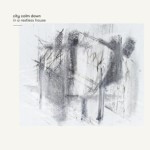 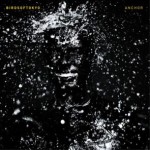 (The second appearance of a nominated song, at #72!)

As always, there are a few honourable mentions for those tracks that just missed out because I still can’t work out a way to make 10 songs account for 15 or so…

Then of course there were all the other songs that made it to the first cut of the shortlist as well (the not so short version) to begin the culling process. On the positive side, it offered some good listening for a few hours…and for that alone they deserve a small mention in gratitude:

I’d Go With You Anywhere – Birds of Tokyo

I Feel Love (Every Million Miles – The Dead Weather

Do You Remember – Jarryd James

Human – Of Monsters and Men

Danger in the Club – Palma Violets

Better With You – Sarah Blasko

Only One – Sarah Blasko

Should Have Known Better – Sufjan Stevens

Can’t Feel My Face – The Weeknd

And in 12 months’ time, we’ll be doing this all over again with a truckload of different tracks 🙂