What better way to enjoy an extra-long four-day weekend than with some tunes and fresh air? With The Lost Lands holding its inaugural weekend of merriment and festivities for all ages at Werribee Park, a visit was in order for Sunday’s share of entertainment. Mother Nature even co-operated for a little while on the day, allowing the crowd of all ages soak up some spring sunshine amongst a typical four seasons in a day delivery which included rain and persistent, unrelenting wind.

So while the Werribee Mansion provided a little character in the background, families and friends of all ages gathered around the park taking in activities, rides, stalls and food as well as taking a place near the main stage to enjoy the musical acts on offer. Olympia kicked off proceedings providing the soundtrack for some laidback listening in the sun, providing another stellar opportunity to hear some of the brilliant tracks from Self-Talk. Amongst the seasoned and familiar, seeing Alex Lahey on stage for the first time shed light on why everyone’s been raving about this young lady – entertaining those already on board, as well as hopefully garnering a few new fans in the process. 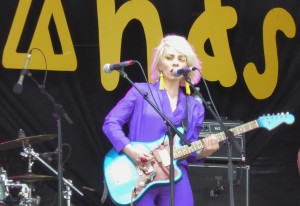 A larger crowd loitered around the main stage in anticipation of Tim Rogers and The Bamboos, keen to make the most of some upbeat tunes with a little dancing going on. Then from the many musicians on stage it was time for just one, with Tash Sultana making her presence known with those impressive pipes delivering words with jaw-dropping vocals alongside all those loops and beats, not to mention a bit of pan-flute beatboxing thrown into the mix.

Tim Rogers and The Bamboos @ The Lost Lands

The rain wasn’t enough to dampen proceedings too much, with Harts bringing unrelenting energy to the stage with serious guitar chops and a whole heap of funk. The crowd also seemed delighted to welcome Missy Higgins to the stage, with a few familiar tunes being brought out of the bag paving the way for some singalongs. 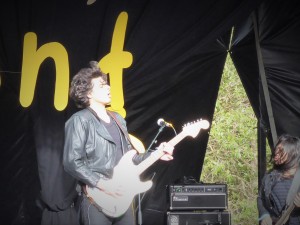 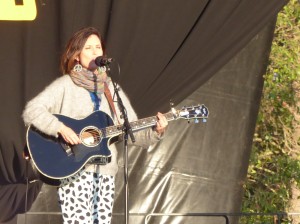 As night fell, weariness and the chilly weather had some punters calling it a night but there were still a few faithful waiting for Mariachi el Bronx with spirit and cheer, and a few mariachi inspired tunes spurred them on until the end.

And that was what the day seemed to be about…good times, shared with good people in a relaxed, chilled out setting. Not a bad way to enjoy a holiday weekend, even if it was just for one day of the festivities.