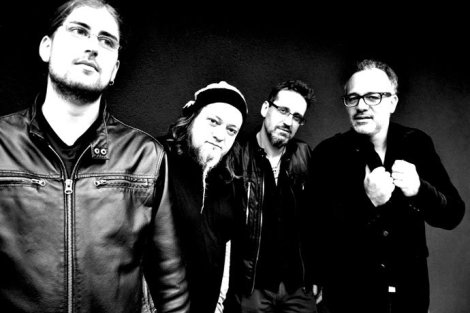 Yeallow was born in 2010, a simple proposition of four guys offering raw rock that forms the basis of what are said to be energetic and powerful live shows.

But the home produced and aptly titled Homebred is the band’s latest release, delivering sharp riffs as promised and melodies that become catchier on every listen.

There’s a carefree, jovial spirit that emerges early on with Be Sure, with hook driven guitar melodies shining through alongside a catchy chorus, brought to life with a few splashes of colour in the band’s latest video and endeavouring to take those catchy sounds on something a little edgier in Somewhere Else. There’s undoubtedly some bass love being shared here and later with punchy bass lines on the seasonal inspired Rosebud and Everyday, as well as a keenness to venture into unconventional sounds if tracks like Slowly and The Trick are anything to go by but one of the more intriguing is saved for last in Surface.

Follow A Higher Revelation on WordPress.com
Join 807 other followers