I first saw The Medics over a year ago, after all the hype and awards had started. Fast track to March 2014 at the band’s first show at The Corner and time has only served to strengthen what these guys do live. Emotive, contemplative and thought provoking, appreciative of both the crowd’s support and the opportunity to support Dan Sultan on his tour.

The Medics @ The Corner

From the outset, the sound was immediately enthralling, from the pounding monotone intro and the slightly eerie tones that followed, while being encapsulated by vocals with undeniable conviction and emotion.

The spacious sounds following relieved some of the intensity, but were no less enjoyable with spirited lyrics delivering fight and determination. Infectious angst, and not without a tease of some faster paced, edgier new material.

Dan Sultan arrived on stage, no sense of pretentiousness or ego, just a casual greeting of, “How’s everyone going?”

Well, just fine judging by the cheers and about to get a whole lot better with the bluesy, soulful vocals of Dan Sultan launching into Make Me Slip.

The imminent release of the third album was the impetus behind most of the evening’s set list, at the expense of older material, but the pride in the new material exuded throughout the night along with down to earth gratitude. The older material is good…very good in fact, but the new is exceptionally good and unravels everything that has previously been hinted at into a clearly defined sound as well as a few surprises along the way. 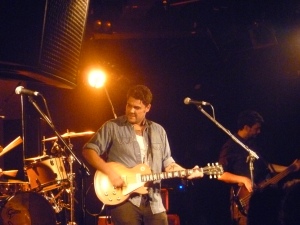 The vocals alone in The Same Man (sans banjo) were enough to raise the volume of the crowd, but the infectious rhythms and rock stylings were staggering, before taking things a little more towards blues and soul with Under Your Skin.

The band supporting these developed sounds worked wonders live, and while rocking out was called for in some instances, performances without the fanfare also had their time to allow the song writing to shine through, delivered with raw emotion, as was It Belongs to Us.

The hometown had a few shout outs and on one occasion, speaking of Melbourne provided the segue to Old Fitzroy but with the added surprise of a special guest, Missy Higgins adding some shared vocals and harmony to the obvious crowd pleaser. 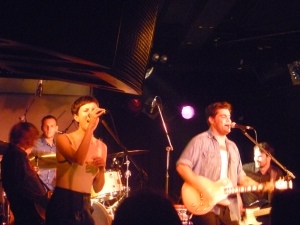 The inspiration behind Ain’t Thinking About You continues to draw laughter when told of the tales of playing it cool for too long, along with a conviction behind not needing explanations in No More Explanations. After all, the music does speak for itself.

A little reverb cued the time for some more tunes, with Letter before unleashing more soul rock vibes in Waiting On The End of The Phone, just more of a tease of the sounds that were to be expected from the forthcoming album.

The almost never ending cheers led into the most likely stadium song in the Dan Sultan catalogue, complete with signature rock moves for Kimberley Calling for the finale. But on a serious note, this is the absolute stunner on the new album.