While an already full room of punters were eagerly awaiting a night of entertainment with the John Butler Trio, it would have been difficult to find someone in the crowd who wasn’t smiling while watching Dom Miller.

Within a few minutes he had the crowd in the palm of his hand for Clap Your Hands, commanding participation from the outset and who could refuse with the sheet joy emanating from the stage? 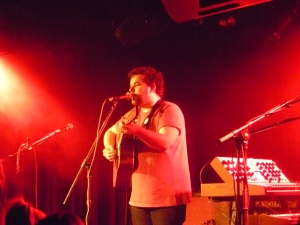 Simplistic lyrical choruses had more than a few joining in, before taking it down a notch for a cover of Lorde’s ‘Royals’ which could only be described as a version for the common person with the distinctive backing vocals provided by the audience.

While Gone Away paid a glorious tribute to legends of rock, ‘Centrelink’ provided an instantly relatable tale of frustration and humour complete with instructions on the Beach Boys styled backing vocals. ‘Dom Miller is my mate’ may have been plastered on the merch, but he may have just earned a few new friends from the short but enjoyable start to the night.

With the respect that is synonymous with any John Butler trio performance, traditional custodians were acknowledged and Dom was graciously thanked before the crowd was told to prepare for a ‘shitload of new songs’, cheers undoubtedly resonated acceptance to the plan.

The slow bluesy ‘Blame it on Me’ was followed by the familiar JBT sounds carried into the new ‘Cold Wind’, with the honest and plainspoken experiences of injustice carried through its lyrics.

Evidence that new material may not always be inspired by truth, the imaginary heartache of ‘Devil Woman’ entertained but the undeniable standout of the new was the magnificent and humbling Spring to Come, providing that always necessary reminder that life is a journey of up and down, with a turning point around the corner.

Barely a few seconds in and ecstatic cheers were shared in response to the opening of Revolution, soon followed by the melodic guitar intro to Mystery Man. Later, the appearance of a banjo and double bass provided the necessary cues for Better Than with everyone joining with voices and claps. 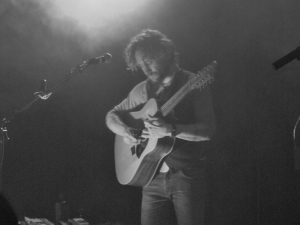 The familiar recollection of a previous life of university and makeshift arts grants (aka the dole) led expectedly to the song that has been a long standing friend. Ocean is one of the most unequivocally captivating live performances, the 12 or so minutes of instrumental goodness fuelled by the rawest emotion that renders words unnecessary. It never fails to mesmerise and is always the highlight.

Only One entertained with its joyous melody and soon everyone was invited to help out with Zebra before ending the night with an encore of the roaring Close to You. Ever gracious and humble, with multiple thanks and gratitude to all on stage and formidable talent delivering another stellar evening of good tunes.