A night of listening to someone standing on stage with a guitar, singing a bunch of covers. It could be mistaken for a night at the local pub, or perhaps an evening of entertainment at a karaoke bar. In this instance, it was neither. Earlier in the year during Something for Kate’s tour, videos were recorded of Paul Dempsey performing various covers backstage, recorded each night of the tour and uploaded to YouTube as part of the aptly named Shotgun Karaoke series. So popular were these covers that this culmination of pre-gig YouTube videos was brought to life through an EP release and dedicated tour.

Olympia, despite lacking ‘typical’ song structure and choruses entertained an ever-growing crowd with lush lyrical sounds and looped vocals for sublime harmonies despite being on stage alone. Having seen Olympia a few months ago, it was a treat hearing these sounds again after listening to the EP a few times. Tales of the protesting nanna, art and irony were shared amongst Sleeping Wolves, Asia’s Lonely Heart and Atlantis before finishing with affectionately greeting the so called cheeky buggers inching closer to the stage to see Paul Dempsey next. 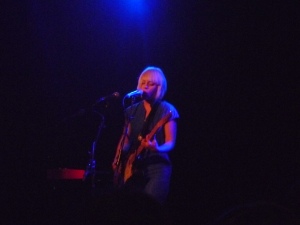 Opening with Archers of Loaf’s Web in Front, fans weren’t left hanging for long to hear originals from solo efforts with Fast Friends before trying to explain that this was the first show (the previous night being the second) of the last night of the tour. Irrespective of understanding that part the instructions were clear – cameras are present: stand there, look good and shut up (I wish some people actually listened to that last part…)

Humour aside, Mockingbirds (Grant Lee Buffalo) was unmistakable proof of vocal prowess that you come to expect when seeing Paul Dempsey perform, even when performing Something For Kate material solo as in the case of Impossible. Stories of being introduced to Bad Religion were honoured with a cover of Faith Alone, and Wilco’s Jesus etc was given due respect. Vocals and an acoustic guitar were no barrier to genre, or impression as the night went on. 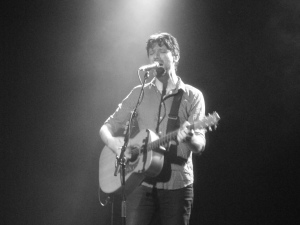 The crowd was praised for their singing abilities with Survival Expert, and after an incredible new track (untitled as yet but sensationally good), covers from Concrete Blonde (Caroline) and Talking Heads (This Must Be The Place) were intertwined amongst originals before the epic rendition of Queen’s I Want to Break Free (ours being the best delivery of the tour?).

This may have been a solo tour, but it didn’t stop the guest appearances with Olympia returning to the stage for INXS’ Never Tear Us Apart and Space Oddity along with The Boss getting a nod with ‘Atlantic City’ featuring Mike Noga during the encore. And in between that, the incredible Bird in a Basement (stoked to have heard this live!)

It may not have been on the setlist for the entire tour, but with nothing to lose on a bloody hard song on the last night of the tour it all wrapped up with Sheryl Crow’s ‘If It Makes You Happy’.

Sheer brilliance all night…and given I missed Paul’s solo tour two years ago (almost to the day, and most certainly not by choice!), this was pretty damn special. It definitely makes the cut for the top five gigs I’ve seen this year – in fact, something remarkable is going to have to happen in the remaining weeks of 2013 to make me rethink this as being my gig of the year…it was that good.